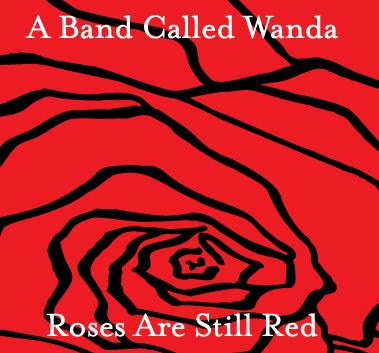 'A Band Called Wanda' only came onto my radar a few weeks back when I seen them at 'The Song Room' on George's Street. In fact I'm officially the first person to buy the EP they collected that day. 'Roses Are Still Red' was recorded Fort William, Scotland and contains six songs which would brighten up the darkest of Irish Summer days!


According to their MySpace ..... "Expanding upon the standard four-piece arrangement of drums, bass and guitars, they have incorporated fiddles, brass, woodwind and anything at hand to kick their feet from the fixed bar room table and entertain the masses with their all-singing, multi-instrumental display of musical chairs."


The title track brings the fiddle to the forefront of the song and is a great quirky pop song. It's another song from an Irish act which deserves daytime radio play. The quirkeyness continues with the song Two by Two.


A couple of the songs move into singer-songwriter territory and sound similar to the beautiful tunes produced by fellow Galwegian Ultan Conlon. The closing track 'Where Has The Day Gone' finds the band flirt with bluegrass and roots for a satisfactory ending. This EP is a quality release by a brilliant band.