Posted by Unknown on April 27, 2010
The Morning After the Singsong - The London Marathon

I've spectated at a marathon before, Dublin, but it's safe to say that even though I knew there were far more people running London, I still was taken aback a bit by the scale of the race. Not only the people running it, but the number of spectators on the route. 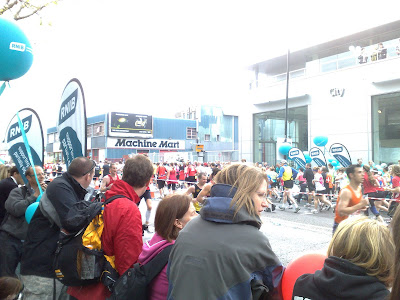 In all I was standing by the route for something in the region of three hours and the sea of people running past me was remarkable. Neither words nor pictures do it justice. 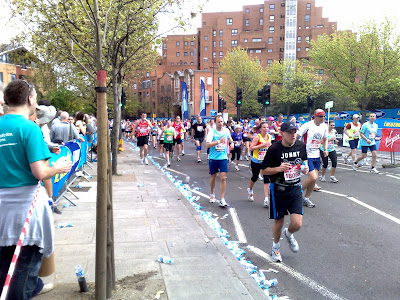 All shapes, all sizes, fast to slow, big to small, stressed to euphoric. Pretty much most of the runners had their names on their jerseys so spectators could personalise their encouragement.

There were also some pretty epic fancy dress costumes; one Elvis, I think I saw four Supermen, at least three Batmen, one of whom also had a Robin in tow, to say nothing of the camel, the lad running with a ladder, the Big Bird costume with the extra extendable neck, at least two conga lines, the lads from the Lifeboats who were running carrying a dingy, many hundreds of people in tutus (male and female), several soldiers with backpacks, one fireman, one policeman and god knows how many others I missed.

I think you're all crazy. But fair play to you all it's an incredible achievement. 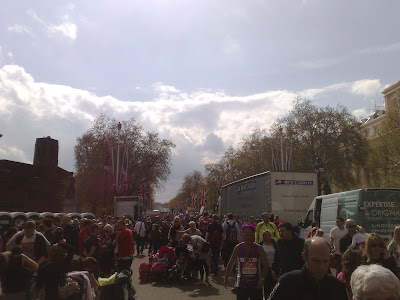 Herself was delighted to shave 7 minutes off the time she did Dublin in. Recovery might take a little bit longer though! 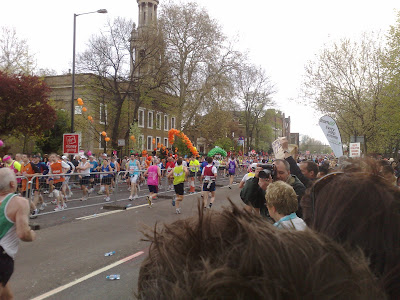 Big thanks to Bill and herself for bring another dimension to what you get when you hit up this site. If you wanna check out how Bill's new look repaired Macbook is doing he is performing at the unbelievably good Brownbread Mixtape this Wednesday night upstairs in The Stags Head.
Bill Coleman