Posted by Unknown on April 21, 2010
Flowers Bloom in the strangest of places...

Car ferries always strike me as being kind of eerie. Particularly the car decks. Close your eyes and work on it and you could imagine that you're on a plane, not a boat. Or even better - a space ship! 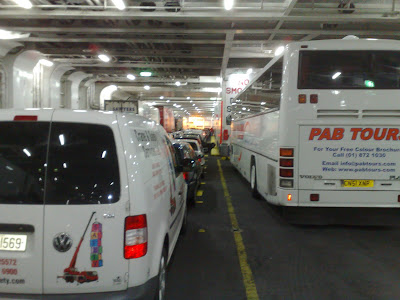 Maybe that's just me though...

I'm happy to report that bringing the pillow along was a total win. I think I even impressed the staff, the guy who woke me up in Holyhead even remarked that I'd have to 'make my bed' now. Too right, buddy. Three hours kip on a couch on the ferry plus one hours kip in the car in a layby on the A500 makes for a tired bunny, a gritty mouth and a hairy sound check though. On a plus point though, there were no 'Adventures on the Motorway' to report.


Last nights gig was in the Flowerpot http://www.flowerpotlondon.com/ on Kentish Town Road in London. 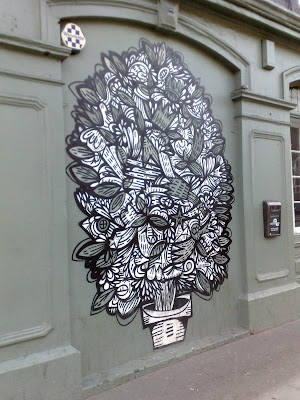 Booked by Jay from Beans on Toast http://www.beansontoastmusic.com/, the Flowerpot, true to it's name, seems to have some large kind of shrub growing on it's roof. I'm not sure you'll be able to make it out from the pic though. 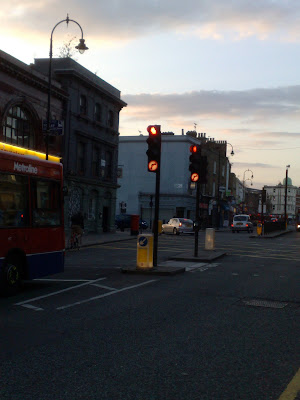 Suffice to say that perhaps the Flowerpot actually is, in some weird way, a Flowerpot. By the by, they do a mean line in Wasabi Peas. There's a name for a band, wha'? 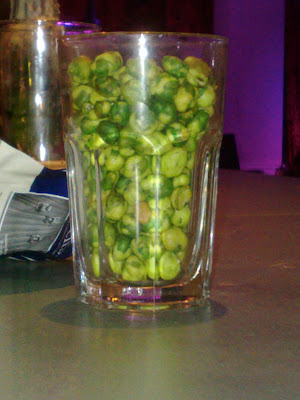 Big up to all of you people in there who turned out, especially the long-lost cousins who I'd never met before in my life. We'll have to do it again sometime ;-)


I've managed to catch up on my sleep a little since you'll be glad to know, by virtue of the very comfortable couch bed in Gary Dunne's www.garydunne.com gaff. That's why this post is a little late (sorry Peter!).

Playing in Hammersmith tonight, and in good news, it looks like there'll definitely be marathon reportage by the end of the week - that volcano can't stop us!
Bill Coleman Gary Dunne