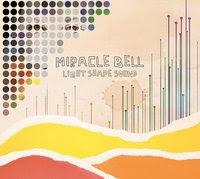 'Light Shape Sound' is in many ways similar to Foals and Vampire Weekend and it's a really good album. There are many tracks on the album which should make mainstream radio airplay such as 'Love Sounds', 'You and I' and the single 'Fit For You'. The album's full of electro melodies, singalong choruses and charm such as the best track on the album 'You're Not Enough'.


I mentioned I was surprised by the quality of the album because when I caught the band live recently I wasn't inspired. However the production on 'Light Shape Sound' is spot on and the songs shine. All songs come in around the three minutes 30 seconds mark and at ten tracks the album doesn't outstay it's welcome.