Posted by Unknown on April 21, 2010
I've had the pleasure of listening to Paul Archer's Burning Codes 2 album pretty much non stop for the last 5 or 6 days. It connects with me on many levels and I'm going to take a few minutes of your time to convince you that Burning Codes 2 might well be up there as one of the best albums from an Irish act this year.

I'm a massive fan of Yo la Tengo and Burning Codes 2 is almost like a best of Yo La Tengo album. Every song is as good as the previous. On the Indiecator label site it describes Burning Codes 2 as Gospel Pop which isn't a band descriptor! There are eleven delicious indie pop tracks full of atmosphere and emotion on this album.

It's the swirling atmosphere of the album which really stands out. The melodies are usually accompanied by indie guitar rifts and pounding drumbeats. I love how the album begins with the track 'Speaking in Code' where the listener is as such invited into the album and finishes with the song 'Codes are Innate'. The best track is 'Can You Hear The Sound' with it's delicate vocals and harmonies. 'You're Worth So Much More' is equal to anything Snow Patrol has produced. The song Keep It Up contains wonderful positive messages in the lyrics. 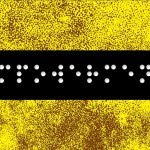 Burning Codes 2 is a wonderful album which I'm going to be telling as many people as I can about!

Buy The Album for just €4