Album Review: Fiach - So I 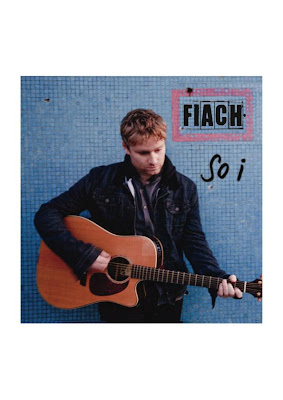 Fiach has released his debut album [at long last] and it's brilliant. On a whole it contains eleven wonderful songs of joy, hope, despair, wit and charm. It's a collection of great tunes which should elevate Fiach from the comfortable surroundings of open mic nights to the large venues and arenas around Ireland and beyond.


I've listened to 'So I' pretty much non stop since I bought it on Thursday and one of the best things I can say is that on every listen I've chosen a different favourite song. At present track two; 'Stop' is my favourite but it rotates with 'Dignity', 'Every Single Day' and 'So I [Have Fallen Down Again]'.

'So I' is at it's heart a singer-songwriter album. However he is either accompanied by strings or a full band on every song. Fiach also flirts with other genres such as Bill Withers style funk on 'Wake Up Dead' and country folk on the first single from the album 'You Dear'. On some songs the lyrics are full of attitude and underlying aggression. On other songs Fiach uses his insight and charm to write beautifully crafted songs like 'Letting Go'.


All albums should finish on an epic song and 'Home is Where The Heart Is' is truely epic. It merges Fiach's charm and confident swagger with attitude and aggression to produce a song of hope and human strength.


I've connected with this album in many ways. It'll be on regular play in my house for many years to come.