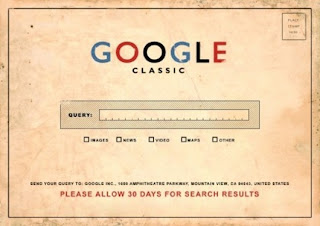 The internet's essential tool Google really pissed people off in two ways this week. Firstly if you use the brilliant user-friendly gmail you've been automatically signed up to 'Buzz' [Deadly Buzz?]. Then they go to the extremes by deleting six of the best mp3 music blogs out there. An example of flexing their muscles? Yes! They are not making friends and influencing people at the minute!

My first attempt at a music blog was www.mixtape4melfi.blogspot.com which didn't work due to lack of an objective and because it had a stupid name! I did get a few DMCA complaints due to posting songs by the likes of Wheat, Ben Harper and Flobots. So far with 2uibestow I've only had the one musician asking me to remove their material from this site and as yet have had no DMCA complaints. Hopefully this means that 2uibestow will be live and kicking for as long as I have the will to continue.

I do find it hard to believe that Google took down I Rock Cleveland, It’s a Rap, Living Ears, To Die By Your Side, Masala and Pop Tarts. This includes all their archives and hundreds of personal comments. These blogs have in a way suffered from their popularity. The vast majority of blogs like this one have just a small following and readership. 2uibestow is a tiny aspect of the global music scene and I'd like to think gaining respect in the local Irish music scene. I do believe blogging as an entity is unique because for the majority of blogs there is no monetary gain. Music bloggers are in the main simply music fans and use their site as a recommendation forum above all other things.