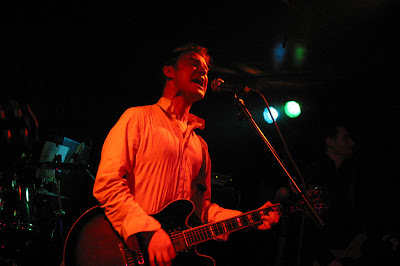 Blink were a pretty good band in their day. Their day was in the early 90's with the release of their strong debut 'A Map of the Universe'. It was in that same electronic indie genre of Jesus Jones, EMF and The Soup Dragons. Blink in 1992 were the first band in the world to be featured on a phonecard! Well that's according to here! [see below]

Blink did release album number two in the US in 1998 called 'The End is High'. It took two years to be released in Ireland. In 2004 they had a revival of sorts by releasing 'Deep Inside The Sound Of Sadness'.

Legacy: Blink built up a decent following and released some great albums. Lead singer Dermot is heavily involved in the music management here as well as releasing his solo album very soon. Catch him support Martin Egan in Whelans on March 5th. Fearghal McKee from Whipping Boy is also on support duties that night. 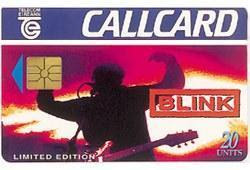