Cover Me Monday - Republic of Loose 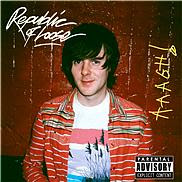 Republic of Loose have gone through their most successful few months in terms of PR while not releasing anything for ages. Firstly Irvine Welsh championed the band by saying in Q magazine that his favourite album of the naughties was 'Aaagh!'.

Earlier this month they headlined the Phantom FM first Friday gig for Haiti.

Here's the Republic of Loose doing a decent cover of R Kelly's Ignition:

They are now scheduled to support Ash in a secret location [Andrew's Lane but shhhh] on March 20th as part of some 7Up marketing gimmick.

Finally they are on the FM104 annual help a Dublin Child gig in The Olympia with The Coronas and Joe Echo. It's on April 9th and details from: http://www.fm104.ie/utilities/content_page.aspx?id=2160
Ash Joe Echo Republic of Loose The Coronas