Posted by Unknown on January 09, 2010
It's the season of awards and back slapping for the massive effort our finest and best musicians have made during 2009. This post is about celebrating those hidden gems I found throughout the year which for many reasons won't get the recognition they deserve in the coming weeks!

2. Arrow in the Sky - Verbal Waltz

Arrow in the Sky are a three piece from Mullingar who released their debut EP during the Summer. Their brand of folk rock is fresh and exciting.

2009 was a busy year for Michael Brunnock. Firstly there was the return of Little Palace and their excellent album 'Invitation Time'. This was followed by the release of Michael's Live in New York Album which should be purchased for the song 'Sensation' sung with Moe Holmes.

I caught Land Lovers at this years HWCHs festival and was really impressed by their style of indie pop. Their EP 'Immovable Feet' is full of great tunes!

Junah spent most of 2009 preparing and recording their debut album due for release in 2010. They did release 'Low La Day' as a single with a hilarious video to go with it. 2010 might well be the year of the Indie-folk genre! 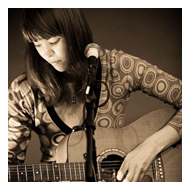 Odi's debut album was released last year and included some wonderful tunes like 'Leaving My Love in New York'. Odi is now based in Leeds and will be touring all over the UK and Ireland in the coming year. 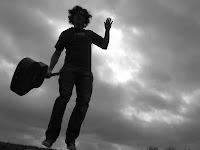 This song has been used in an advert right? Coca Cola maybe? I can't get any info. Joe Echo will be massive next year. He has written a hit single for Madonna and released a super version of the song 'If I were A Boy' which this song appears as a b-side and was co-written by members of Statue Quo! 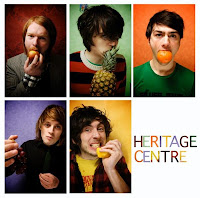 8. Heritage Centre - You Are Something

Heritage Centre had a great 2009. They headlined their own Whelans gigs, bagged many a support slot as well as a headline gig at the HWCHs. They also released a number of excellent Eps and singles where you will find some of the best indie songs of 2009.

Bobby Noonan released his debut EP, toured the country and formed a band called 'Fat Baby Panda'. Not the worst name for a band! Close but not the worst! Bobby is a massively talented songwriter and I predict great things for Bobby in 2010. 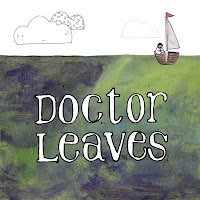 Doctor Leaves are Ben Shorten and Dara Munnis who also released their debut EP in 2009. Get it for free by hitting the link below. Doctor Leaves write melodic pop tunes and are an act to watch out for in 2010.

Another artist who had a great year was Elder Roche. Elder has a particular artistic glow about him and when he sings there's no holding back. His live performances are sensational and come highly recommended.

I popped along to Melophobias Summer album launch in Whelans and was blown away by the quality of the music, the performance of each musician and the ambition of the band. Since then I've barely heard anything of Melophobia but the album is highly recommended.
http://www.myspace.com/melophobiaireland
Arrow In The Sky Bobby Noonan Doctor Leaves Elder Roche Heritage Centre Joe Echo Junah Land Lovers Little Palace Melophobia Michael Brunnock Odi Susie Soho