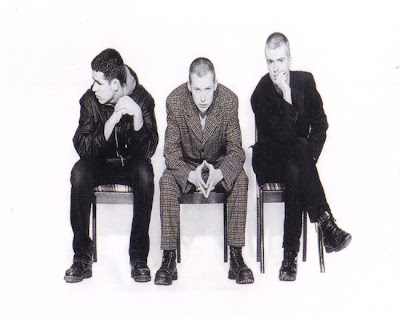 Pelvis were a three piece indie pop band with great tunes and image.


Around '97 Pelvis was a great indie pop band and were creating a nice buzz in the Irish music scene. They won the Heineken Green Energy Unsigned Band Competition, in May '97 winning £10k worth of recording time and within no time their star was rising. Pelvis released singles 'Streetlight' and 'Hang My Hat' and the album 'Who Are You Today' on Setanta Records. They even got a spot on Later With Jools Holland alongside Pulp and Lenny Kravitz. As well as performing all over Europe with time for more BBC radio session, Pelvis have recently opened and toured with The Jesus and Mary Chain and Divine Comedy respectively.


In 1999 the band were dropped from their record label and as a result were no more. I can't find any information on what the three members of the band did after their fifteen minutes.

ghost said…
Brilliant band, ED is an established artist now and Johnny Rowan still does music, i just found his myspace on google.
3 December 2009 at 01:21