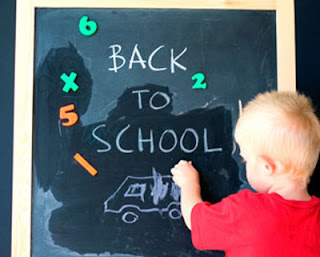 WHEN WE WERE YOUNG (Philo Version)

Topical Tuesday is the new feature where I represent a topical item with a sample mp3 from one of Ireland's best artists. The focus for many Irish families this week is the return to school for the 800,000 kids and the difficult situation that has been imposed on them. Through no fault of their own they now have more classmates, less teachers, less subject choices and far more chaos in their lives because of the state the country is in at the moment! Let's hope we don't go back to the time of Philo for the sake of the kids!

When we were kids we used to climb over the back wall into old Dan's scrap yard, then into the snooker hall where most of us kids were barred. And into the Roxy and the Stella where film stars starred. That's were me and Hopalong Cassidy and Roy Rodgers got drunk, and jarred we might have been the saviours of men, the captured captain in the devil's dealing den, and we might have been the magic politician in some kind of tricky position, but like an old old master musician we kept on wishing, we were headed for the number one hit country again.

There's an old photograph of Dan I wish you could've seen, of him and the boys, poised, standing in St. Stephen's Green. Y'see they were part of the great freedom dream, but they were caught and detained and are still locked inside the frame of the photograph. And he might have been, the clever con, the good Samaritan, the Rascal man, and he might have been the loaded gun, the charlatan of the tap dancing fan, but like an old old pioneer from outer Afghanistan he's headed for the number one hit country again.

Old Dan the Raincoat hums the very special notes of his long lost favourite melody. It reminds him of a love affair when he was young and did not care. And the parting, so soft so sadly that he might have been the laughing cavalero, the wise old commanchero, the desperado, the gigolo from Glasgow, the good looking Rudolph Valentino, but like an old old hunter in search of the female buffalo, he's headed for the number one hit country again.

Cos up til now my youthful age was a useless wage, a torn out page, a worn out gauge, a dirty shade, a big charade, a has been made. And honesty was his only excuse.

I took your love and I used it, and honesty was his only excuse.

Here's the original video for the single:


There's an excellent interview with Whipping Boy's Fearghal McKee over at http://www.drop-d.ie/archives/6782 and it includes some new songs!
Whipping Boy

Marko-V said…
This band is truly a lost treasure. Don´t know how popular they were in Ireland back then but no-one here in Finland seems to know this band and still I found their Heartworm cd at a local library. How I wish I could hear their 1st and 3rd album somewhere.
5 September 2009 at 13:15