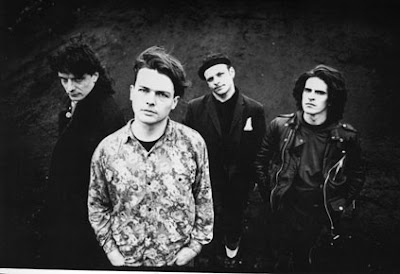 The Fat Lady Sings created two of the best albums in Irish Music history in Twist and Johnson. TFLS were in the main Nick Kelly, Tim Bradshaw, Dermot Lynch and Robert Hamilton. The band had moderate success in Ireland and made great gains in the UK and Europe. However it wasn't meant to be with Nick Kelly's 'Drunkard Logic' to split the band and the music scene. Here's the brief story! 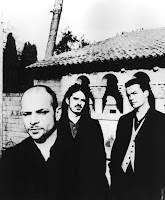 - Release of 'Be Still' single

2005
- Release of 'The Fat Lady Singles / Opera Obscura' double-album. As it's name suggests, the first CD gathered together all of the band singles, while 'Opera Obscura' was a collection of B-Sides and rarities.


When you see the quality of the singles above TFLS will always have their place as one of the best bands to produce music in Ireland. Arclight, Deborah, Drunkard Logic and World Exploding Touch were great singles. Even better were the various b-sides which accompanied them which was compiled together in the 2005 release mentioned above. Songs like the pop song 'What Are You Like', 'Grand Country Wedding' and live favourite 'Everywoman' prove that there is so much more to Nick's songwriting. My favourite tunes include 'Boil', 'Stealing a Plane', 'Gravy Train' and 'Horse Water Wind'.

When TFLS split Tim Bradshaw and Dermot Lynch went to America and with Peter Stuart were recruited for a rock band called 'Dog's Eye View' who released 'Daisy' with Tim and Dermot in 1995.

Singer Nick Kelly has had great success as an independent artist releasing two fine solo albums and getting a Choice Award Nomination for 'Running Dog'. He is now on the verge of an exciting 9 month project for his third album:

The first instalment of GESTATION, a unique 9-month project towards the creation of a new solo album by 2005 Choice Prize nominee Nick Kelly. On the last Wednesday of each month Nick performs with different musical collaborators in a full band setting. September 30th is the first night with ANN SCOTT.

Nick has finalised his guest collaborators for his first 'trimester' of gigs - in each case these people will be performing with him during his own set as well as performing their own special guest slots. They are:

Matt Vinyl said…
I was a big fan of these guys back in their hey-day. I've a few of their releases on vinyl including a nice 10inch. I only lasted as far as their first album release but I must have seen them play live at least a dozen times. I still see Nick Kelly about the place these days. He never grew any older. Some kind of Faustian pact with the devil perhaps?
8 October 2009 at 20:09