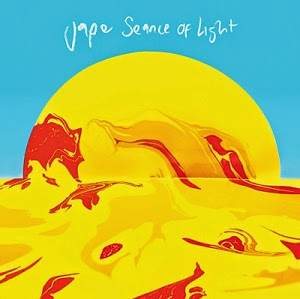 Jape returns with a brand new album "The Chemical Sea" out on Jan 26th and this single 'Seance of Light' released on January 12th which you can hear right now .....

The Sweden based Irish Electronic legend goes on tour in Europe, The UK and back home in Ireland: