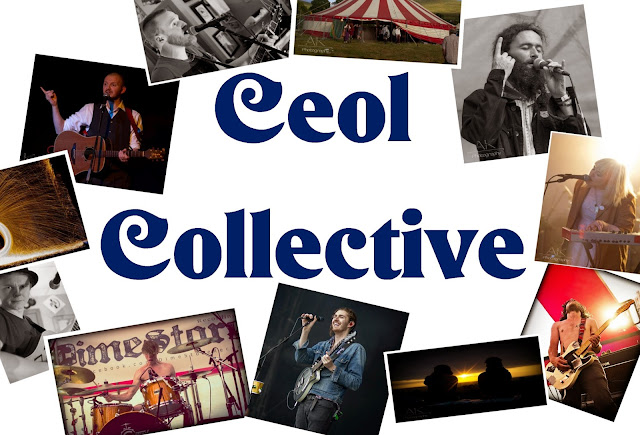 It’s that time of year again; the nominations are in, announcing the finest productions from the past twelve months. Those involved will come to the fore, to reap the benefits of being the masterpiece of the moment. Applause will be given, praise will be made, and heads will nod in agreement about what a magnificent piece of work it was.

From the Oscars, to the Brits and everything in between, the world will stand up and take notice of the best performers, movies, songs, videos and productions of 2014. The nominees are the best of their kind, shortlisted by those “in the know”. These are the industry professionals who spend their lives surrounded by their chosen art; who better to tell the world what they should be watching, listening to and appreciating.

Closer to home, and closer to our interests here in Ceol Collective, is the Meteor Choice Music Awards. Or to be more precise, the Irish Song of the Year; the full shortlist of which includes some predictable, and not altogether surprising, overplayed radio songs of the year.

Now before anyone jumps on the “these are great songs” bandwagon, let me explain. Nobody is denying the fact that these are good songs, by some very good artists that have become considerably popular over the last year; some of who have been around for a very long time and have worked hard to be deserving of their status. However, this list not comprehensive of Irish music as a whole and does not represent the vast talent in our country.

The shortlist is compiled by the Meteor Choice Award judging panel, Today FM and the Irish Airplay charts as compiled by Radio Monitor. The winner will be announced in Vicar Street on March 5, with the event being broadcast live on Today FM’s Paul McLoone show during a four hour special.

So, a radio station which is in the habit over overplaying the same songs is on the judging panel for Irish song of the year, even though it doesn’t give coverage to many current, talented Irish artists. The other way of choosing the shortlist is from radio airplay charts, but a wide variety of Irish music doesn’t get air time. So songs that don’t get aired can’t even be considered but yet, if they were given fair coverage they might be in the running.


Not only targeting Today FM, but across the board, Irish radio stations seem to only make up their quota of Irish music they have to play, and do so by repeating the same songs. Granted, Kodaline, The Script and The Coronas are all very popular with listeners but that doesn’t mean they have to be played by every presenter throughout the day.
New Irish bands barely get a look in. In fact, unless you trawl to as many music festivals as possible (which we try to but not everyone can) you would miss the opportunity to hear anything new. Sadly, you miss the opportunity to be exposed to some really incredible home grown talent.

The winner of the Meteor Choice Award Irish Song of the Year is ultimately chosen by the Irish public through a voting system. However, the sad fact is that the voters haven’t been exposed to Irish music as a whole and the choices are not fully representational of current Irish music.

So, to conclude, we have compiled a list of our own “Irish songs of the Year” from a bunch of musicians we deem to have graduated from the class of 2014 with honours!


August Wells- Here in the Wild