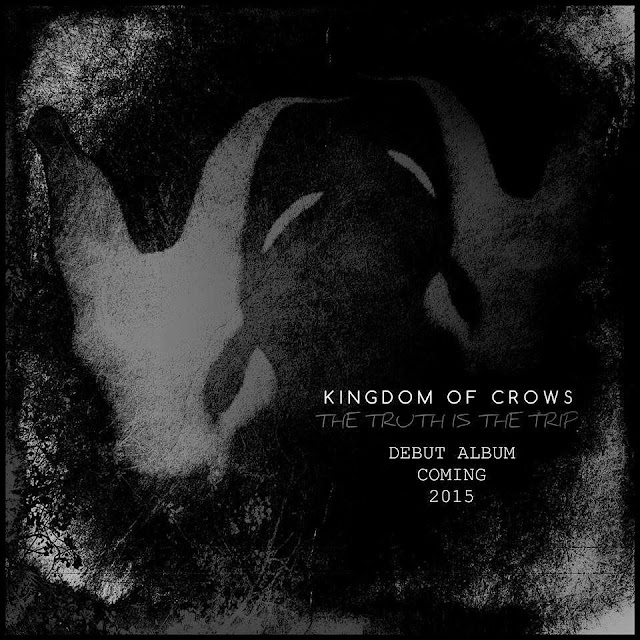 
2. Where are you based?
A: Dublin. A great city for producing some of the best original music around.. including our own of course!


3. What would your dream achievement be?
A. The dream achievement or goal of the band is to be 5 or 6 albums down the line, a respected and influential band. One that has never wavered its commitment to writing music that is honest and pure and, in the timeline of music history, not to be just a moment in a trend but to be remembered.


4. What are you up to now?
A. Well we've just released or third song 'Clouds' which is accompanied by a brand new video made by Puka Productions (https://www.facebook.com/PukaProductions) who also made the video for our previous song 'Dreamless Sleep'.
The final finishing touches are being done on our debut album 'The Truth Is The Trip' and it is due for release for summer 2015. We are also rehearsing our live show and a planning on gigging across Ireland and maybe doing a few festivals in 2015.


5.Name something unique about your product?
A. I think we bring a new sound to the table that is inspired by a broad range of musical styles and not restricted to one genre. With elements of Metal, Folk, Indie, Opera, Ambient, Electro, Celtic Mysticism we hope our particular unique style will appeal to a wide audience.

6.What is the best song ever written?
A. Kingdom Of Crows - Call Of The Void obviously haha. Honestly.. wow that's a hard question , well if music is supposed to evoke an emotion or thought , then for me its and they went under a few names now but 'The Sea Nymphs - Dergo' , to me its an out an out masterpiece.


8. What are your future plans?
A. The future plans are too release our debut album and gig as much as we can. We have a few surprise cover songs coming up too and the blueprints for a second album have been located beside a monolith near Jupiter, if that's any clue of were we might be going!


9. Where can I spend money on you or your product?
Well at the moment you can't as the songs/videos we've released so far are free on soundcloud, Breakingtunes and youtube but it would be nice to gain enough popularity to sell our upcoming album for a small charge and of course all donations are very welcome!! What would really help us though right now would be for people to follow us on facebook https://www.facebook.com/KingdomOfCrowsMusic
and twitter https://twitter.com/kingdomofcrows and soundcloud https://soundcloud.com/kingdom-of-crows and come out and support our upcoming live shows, we would really appreciate that. We will post all the latest news on out facebook and twitter.