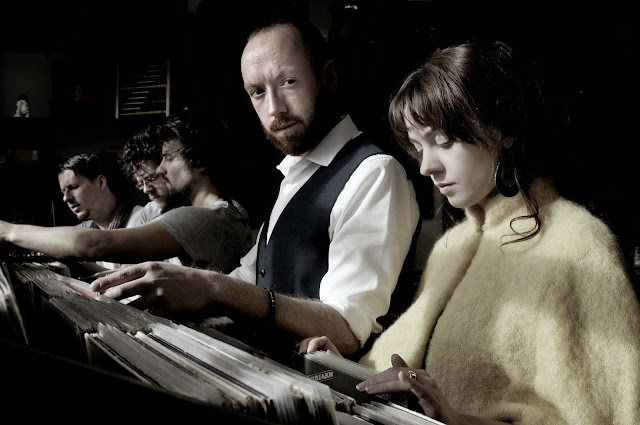 ​ Our debut album, Broken Conversations, featured in the Top Ten Irish Albums of 2012. One of our recent videos, Deep in Green, was named best video of 2014 by Musician.ie​

​ Right now?! At work! Now, generally speaking, we're getting all of our ducks in a row for the upcoming Triptych: 3 EP release. We've just finished recording and we're rehearsing for our bigger and bolder live set for the album tour.


​We're releasing the album independently too so there's a LOT of admin and organising to be done at the moment (sounds fun doesn't it?!)


5. Name something unique about you or/and your product?

​The fact that we have two main vocalists with very different voices is something that people associate with us. Also the fact that we're releasing our second album Triptych in 3 parts over 12 months is a little bit different!


6. What is the best song ever written?

​Marlene Says! - Lover you Should have Come Over by Jeff Buckley or Bohemian Rhapsody by Queen or the 10 others that I can't choose from currently!

Pat says​
​​Down There By The Train by Tom Waits or Given To Fly by Pearl Jam.

Pat says - I change my mind all the time! I'm a massive fan of Anais Mitchells Hadestown though.


8. What are your future plans?

​For now, we're working hard on getting Triptcyh to the final stages of mixing and mastering. We'll tour it from April on and have a few things up our sleeves for the summer months! After that, more touring, more songs, and world domination.

9.   Where can I spend money on you or your product?

​ iTunes, Bandcamp, all the usual digital retailers! Our new album, Triptych, will be available from a select few stores around Ireland.​


​ You can also come along to any of our gigs - all details will be on our website - www.thehardground.com​